Digital marketer and translator, Elyssa spends her time putting NPD and engineering concepts into plain english and working on new and meaningful ways to connect with Playbook's amazing clients.

Project Management: Do you know what the dark matter is in your project plan?

In 1925, Hubble was the first astronomer to prove that the universe was expanding. The reason for the expansion, Hubble explained, was dark matter. He called this matter “dark” as it was something as of yet, unseen by humans.

Interestingly, almost 100 years later, scientists still haven’t been able to build a machine sensitive enough to detect dark matter. Although there are various theories about what it is, they still can’t “see” it to define its make up. As you can imagine, the race is on by scientists all over the world to solve the cosmic conundrum of what makes up dark matter and its closely related cousin–dark energy.

While thinking about dark matter and its effect on the ever expanding universe, I couldn’t help but see the parallels with something much more tellurian–hardware product development.

In our day to day work environments it often seems that we are dealing with our own dark matter as there is little to no correlation between the enormous amount of work we put into our development projects, and our ability to effectively stop the expansion of project end dates. The projects are forever expanding, but we can’t see the cause–the dark matter–in our product development timelines.

There are several categories of issues that cause delays on projects: procurement issues, technical risks, scope creep, and late changes. These are like the objects that we can see in space. But their combined existence on a project still are not enough to explain all of the expansion that occurs. So projects can end up months, or even years, off track without a clear explanation.

So what is the cause of project delays?

We have discovered through our analysis of hundreds of hardware product development projects that the dark matter that causes the majority of project delays is made up of dozens, and sometimes even hundreds, of daily slips caused by ineffective management of daily tasks.

An individual daily slip might not sound like much, but they accumulate over time and can easily double the length of a project without anyone knowing. In short, they are the dark matter in product development and can cause your project launch date to end up lightyears away!

Like the dark matter in space, the dark matter that causes daily slips in product development is undetectable to the human eye, and until now, even to our most powerful project management systems. Projects are too complex, there are too many individuals to communicate with, too many tasks to keep track of and information is not available fast enough to the entire project team to enable effective day-to-day management of projects.

Undetectable that is, until now…

One of our customers put it this way:

"We searched far and wide for software that could help us proactively attack our bottlenecks and found the most popular, venture-backed software was very reactive.  We needed something proactive that focused on actionable tasks.  Since using Playbook, we have accurately met our development timelines and have a much greater understanding of our most critical tasks."
- CEO and Co-founder, Electronics Manufacturer

Interestingly, once you can see the dark matter in your projects, meeting and often exceeding project delivery expectations becomes the new normal ;-). By acting on dark matter daily, it’s possible to not only keep your launch date on track, but actually move it forward.

Instantly see when your projects are off track

Another benefit of making dark matter visible is you can also instantly see when your projects are off track. As one powerful example, the buffer charts below are live, 24/7 “project health at a glance” tools that show project status and course corrections made by the team. The top image shows a 2-month project run without Playbook. It took 300% longer than planned almost entirely due to daily slips. The bottom image is a 13-month project run with Playbook that finished exactly one day after the team’s initial target and only had a handful of daily slips. 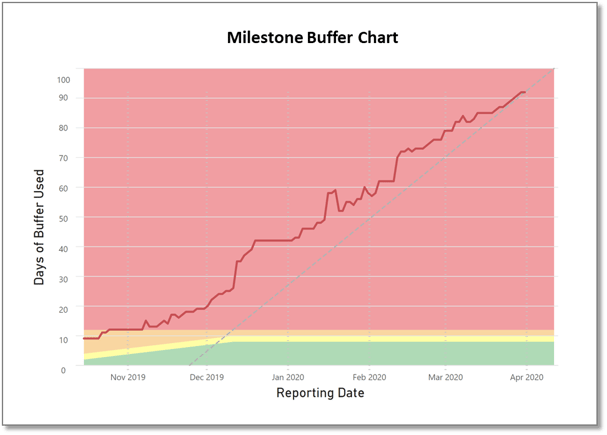 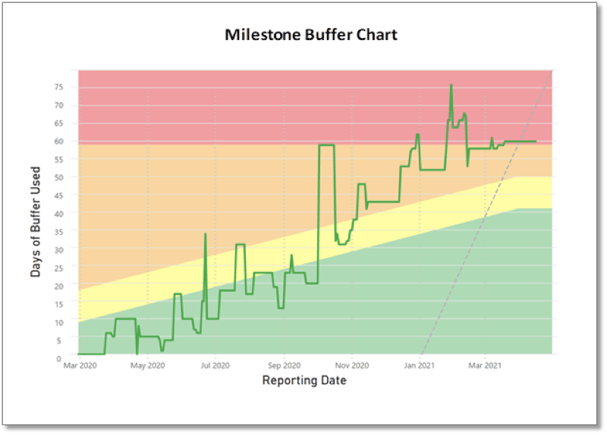 When project health is this visible, teams are able to act quickly to resolve known issues and risks and apply resources where required or ask for additional support. Management can also be proactive ensuring teams get the resources they need to get back on track quickly.

We have developed a proven a set of methods and a software solution that consistently shorten research and development time for manufactured products by 30%-50%. Playbook, a cloud-based software solution, facilitates these methods and provides significant tracking, reporting and analysis capabilities.

Our integrated KPI framework delivers visible feedback at every level (Team Member, Project Manager, Program Manager). These allow potential delays to be proactively identified, prevented, and if required, immediately reported. This empowers the team to respond to necessary changes and still deliver the project predictably and on time.

Playbook is the only project collaboration solution that suits the needs of hardware project teams working on complex product development projects—teams that deal with a whole lot of dark matter on a daily basis.

Word of warning: Once teams can effectively manage dark matter, watch out for the fueling of its close cousin–dark energy–that will have a cosmic impact on your team’s ability to innovate!

Want to know more about daily slips and their impact on project timelines? Watch the demonstration video.

We also offer free Lean Agile online training at the Playbook Academy. Check out our training on the importance of queues (one of the causes of dark matter) in product development and what causes them.